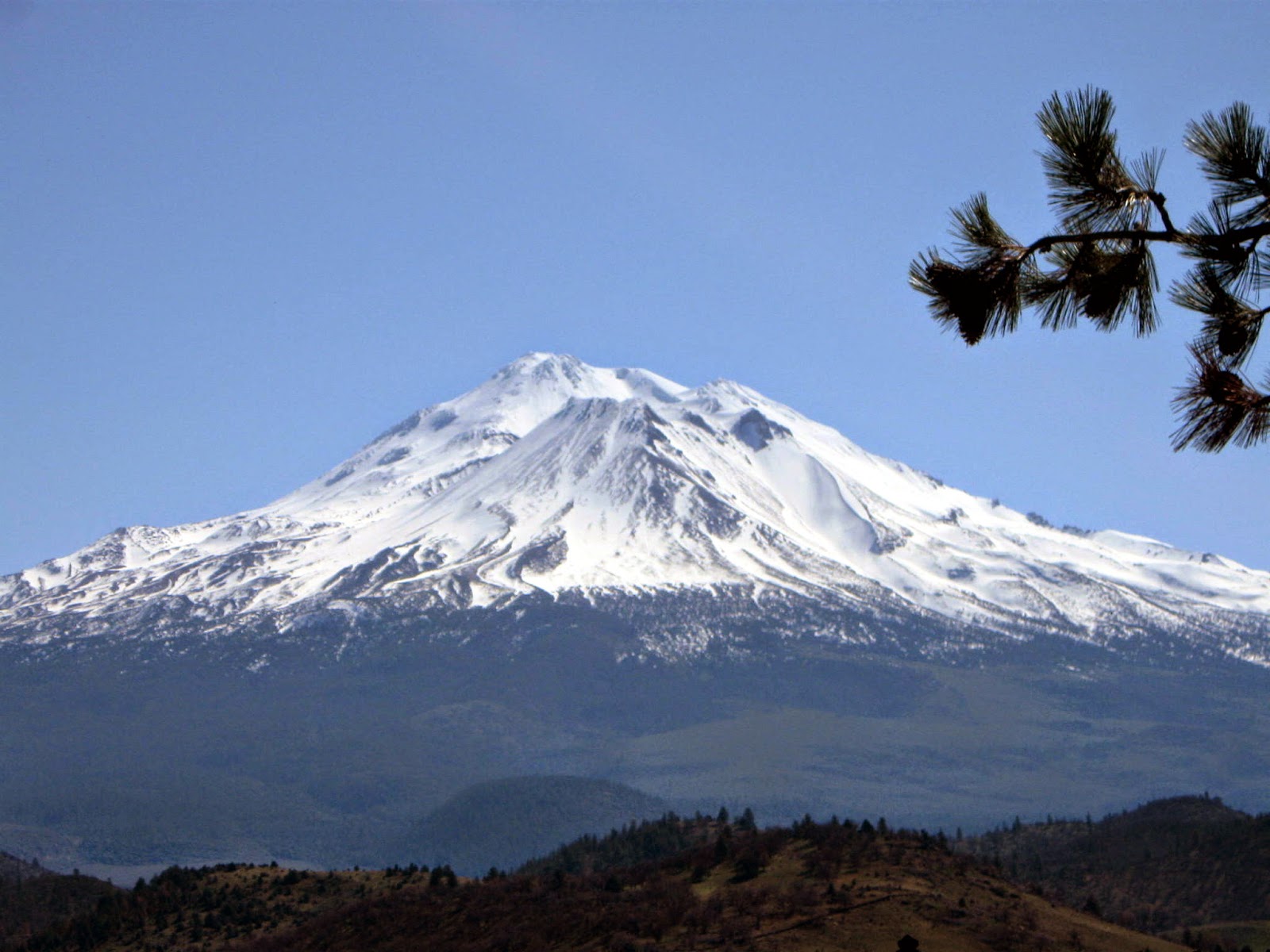 We've been busy with kids and grand-kids during the latter half of April. What with our planned trip to the Arctic this summer we have to ensure our "grand-kid tank" is completely full before excusing ourselves for the next four months. And we're glad to help out... give the little folk's parents a break from the rigors of raising sprouts. So it goes without saying much more that we've been doing little else worth reporting.

One day this week my sweetie and I took advantage of a gap between her yard projects and the kids (grand-kids) returning from school and did what most other self-respecting and outdoor-starved PNW'ers do on the first few really nice days of Spring... head for one of the scarce dining/drinking establishments with outdoor seating along the mighty Columbia to soak up some views, some rays, some snacks, and perhaps a craft beer. The experience really puts the mind (and body to some extent) into a proper receptive state in preparation for the warm days of summer.

Figuring there'd be crowds, we arrived at our chosen joint after the noon crush. The first clue this wasn't going to go as hoped was the lack of parking spaces... the lot was plumb full. I dropped Dar off to elbow her way to the front of the line and get the scoop, while I found a parking place a block and a half away.

Of course we were time-constrained -- had only a little more than an precious hour before our presence was required back at the house when the kiddies get home from school. So when we got the news that it'd be a minimum half-hour wait before an outdoor riverside table would be available we grudgingly accepted the offer of an inside table with a river-view... sort'a. It was OK but we both stared longingly at the tables out on the deck, in the sun, as we nursed our beer and humus plate. "Com'on... enjoy what we have and make the best of it."

It was then that it hit me just how much we take our personal freedom for granted. Almost any other time we have a notion to take an afternoon break like this, we would've had no problem waiting for that outside table. We're not used to dealing with schedules or other restrictions on our time any more. The day just flows and we just flow with it. But so many people, by necessity, have to deal with the notion of time... must get to work on time; get out of work in time to get kid to swimming lessons; pick up other kid from karate; rustle up dinner quickly so everyone's fed and happy before running off to PTA meeting; get home in time to let the dog out; meet kid's bus after school; then there's soccer practice, play dates with friends, family and school functions, and all the house-work and yard-work that must be done before the neighbors start talking. It's just all so overwhelming. We did it. We did it for many years... so many years ago. I think this, glorious freedom from time constraint, is perhaps the single biggest positive feature of our life right now. 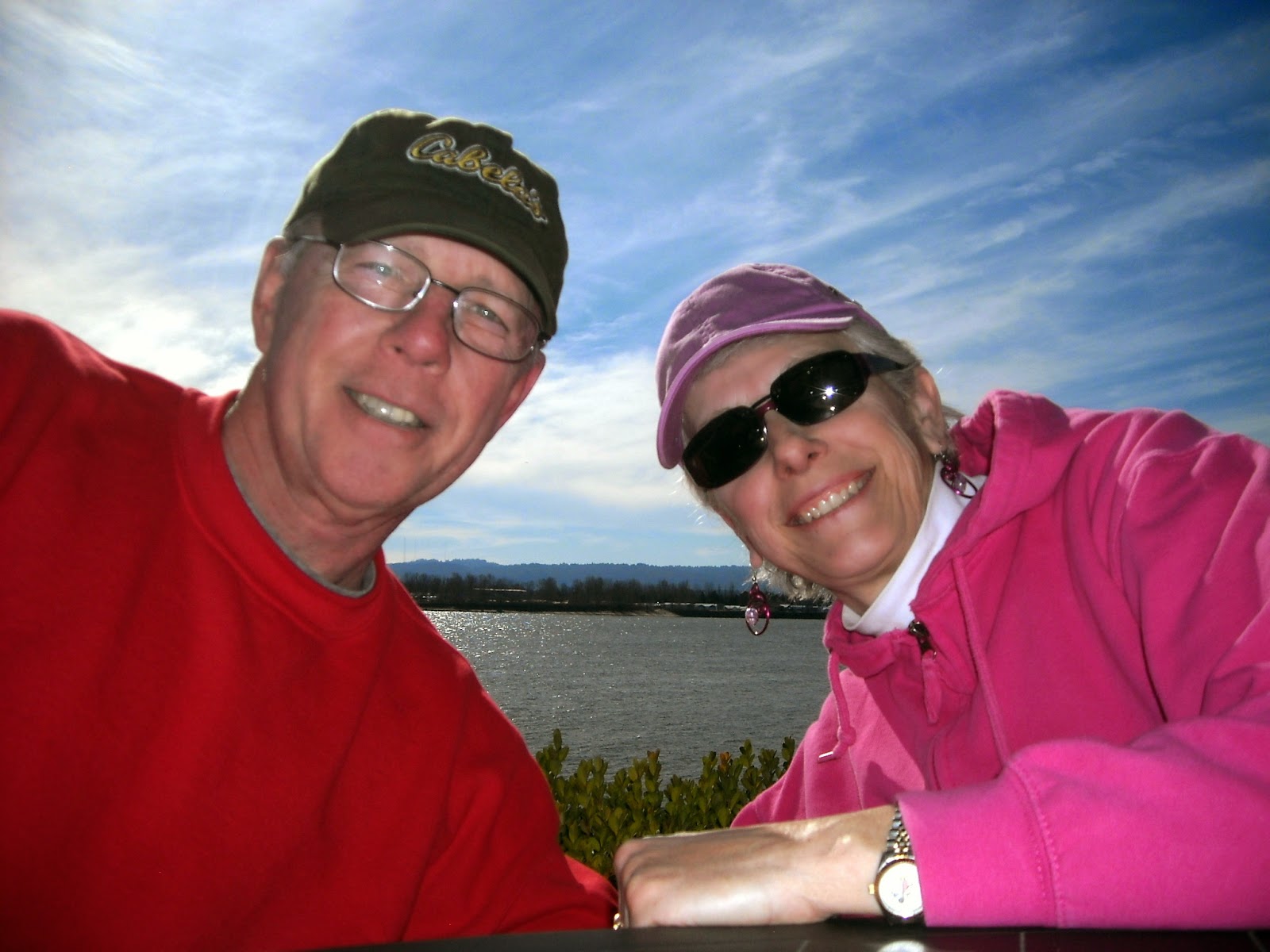 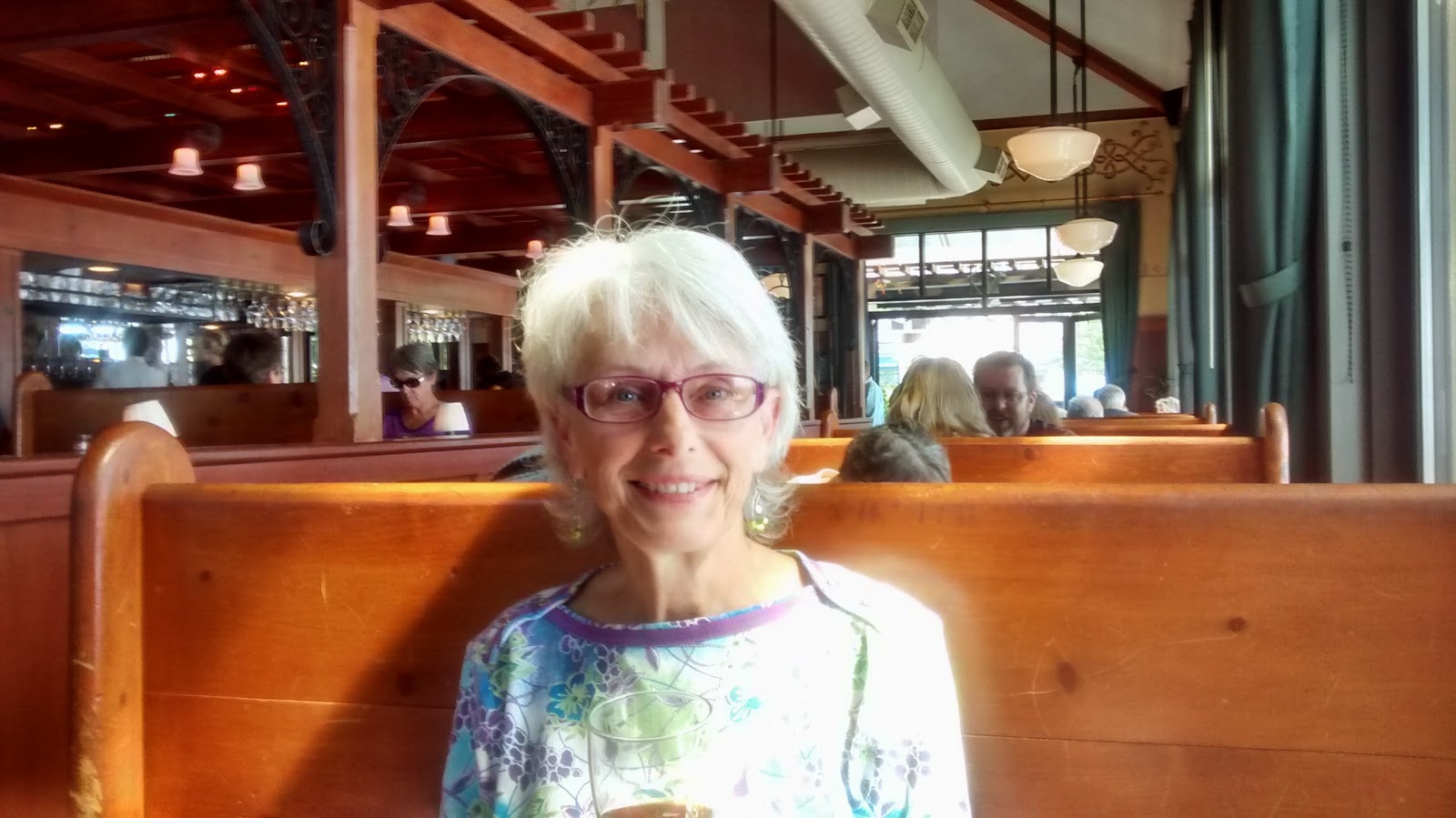 New Header Photo for the Blog

I decided the other day to change the header photo of this blog to better represent our current mode of travel and the rig we're traveling with most often these days.  It's surely an interim thing as once we get going to Alaska in a few weeks, piles of cool photos of us against a backdrop of British Columbia, the Yukon, or the 49th state will be volunteering as replacements.

And, YES, we're going to Alaska... for three months... with that little pill-box of a camper. Why not?

For reference, this photo was taken last summer as we drove over Lemhi Pass between Idaho and Montana. Click here for my post from that day.

Cell phones have been a marvelous development for the nomadic traveler. In my short adult lifetime they've popped onto the scene, moved from relatively rare car phones, to semi-portable bag and brick phones, to small pocket-able phones, to the current conjoining of phone and computer - the smartphone. It all happened in such a short period of time... what, maybe 30 years or so? I can still remember using roadside payphones to communicate with customers and my answering service in order to get messages during my sales days. And many truck stop restaurants had wired phones at every booth so truckers and salespeople could make calls while they ate. We now take cellphones for granted. We complain about this or that aspect of the service... coverage, call quality, battery life, or expense. But we've become reliant on them, expect them to work everywhere, don't know what to do when they don't.

When we decided to do more exploring in remote, rustic, off-the-grid places, one of our concerns was being completely out of touch with family and the rest of the outside world. This was a two-way concern -- our ability to receive urgent and timely news concerning family or friends, as well as our ability to reach out for help in the event we need help for a life-threatening emergency or injury. The reality is we're in our 60s, and some of our parts ain't working like they did 40 years ago.

So after some research and experimentation, we came up with our current communications set-up. It could be dubbed MPON... for Multiple Phones One Number. Here's a brief rundown of what we have. I'll go into each point a little later in this post.

* three phones, one on each of the top national cell networks = best possible coverage
* one phone number and one voicemail system for all three phones = easy for everyone
* one smartphone and two flip phones = a choice of form factors
* a satellite messenger for two-way text messages and emergency SOS capability from anywhere on the planet = coverage even in the most remote places
* total monthly cost for all of the above: less than $50

I should point out that we also have a Verizon (shunted over to Verizon after Millenicom tanked) MIFI device which is our primary means of connecting to the internet. When possible, we also use public WIFI hotspots where we find one that works. However, this post is about basic communication via voice and text message, so I'll not get into the data side of the topic in this article.

Point two: One phone number. For a couple years now I've been playing around with Google Voice. Once signed up (no charge), you select a new phone number to which you can forward calls from any other phone. In our case, calls to any of our three cell phones are forwarded to our Google Voice number, which then instantly rings all our phones simultaneously, just like the old "extension phones" at home. Any phone that has service will ring and we can accept the call. First phone that answers gets the call. If we choose not to take a call, or if there's no service on any of the three phones, that call will go to Google Voicemail, where the caller can leave a message. That message is transcribed to text by Google and is sent as a text message or email to any phone or email account you desire. It's also possible to listen to the message directly from the email. Pretty neat.

After extensive use of Google Voice I think it's a slick application for the nomadic traveler. If a call doesn't get through there are multiple paths for getting a voicemail message to you, including the more fringe-zone friendly SMS text system. That new number from Google Voice doesn't replace the number for each phone, which remains the same as before, but the telephone's number can now be transparent. You can change phones, phone numbers, carriers, etc... and nothing changes for your callers who continue to call on your one Google Voice number. This is quite a package of features and capabilities... and it's all free.

Point three: One smartphone, two flip phones. The form factor of a phone is important to most of us. If you're forced to have just one phone most of us will select the smartphone. It's just has too strong a set of capabilities and features to ignore. But if you're like me, or Dar, or so many people in our circle of friends, there are times you'd really prefer just carrying that cool little flip phone. With our phone system, we can take any phone that has service on hikes or forays into the wild... or even just a shopping trip to Cabelas. Often I just would prefer NOT to be lugging my smartphone around. This is a big advantage for us.

Point four: Satellite messenger. Even with a phone on all three of the national cell networks, there are vast areas in North America without any kind of cell service. To fill in those white areas on the coverage maps we chose to include a DeLorme InReach satellite messenger in our fleet of communication devices. What this gives us is the ability to send and receive text messages from any spot on the planet as long as we've got a clear view of the sky. Because it uses the Iridium worldwide satellite phone system, the entire surface of the planet is totally covered. Additionally, the unit has SOS/emergency capability which, when activated, sends search and rescue folks out to help you, wherever you are. We've even bought the $18 per year evacuation insurance that pays most costs (including helicopters) of emergency evacuation.

For those used to the slick messaging interfaces of smartphones, the InReach interface is a bit primitive and cludgy... probably partly by design to keep the system from becoming burdened with unnecessary or low priority messages. But we find substantial peace-of-mind in having it along. Anytime we're camped and have no cell service we send an InReach text message to friends and family with our GPS location and that they'll have to use our "Plan B" if they need to reach us.

Point five: The Cost. Not one of these phones or the messenger is on a "contract". They're all prepaid or pay-as-you-go. It isn't important which phones or companies you go with and you can change anytime you'd like. Because the flip phones are so inexpensive, if one get busted or lost, it's not a big deal. And you also save by not having insurance on the devices. The important thing is to have one device on each of the national networks, the big-V, the big-A, and little old Sprint.

Our two Tracfones are about $100 per year each. The Republic Wireless smartphone is $10 per month (unlimited voice, text, and data on WIFI and unlimited voice and text on cell). The InReach plan we're on is the most basic and comes in at less than $15 per month. Occasionally, we may send or receive a few more messages than our plan provides for the basic charge, but the bill has never exceeded $20 for a month. Together, these four devices don't dent our budget by more than $50 per month on average.