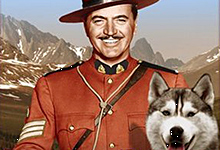 You call this friendship?  We've always heard that Canadians are our best friends, internationally speaking. But are they really?

First, as reported here on this blog back in April of 2009, they're the ones responsible for the hoards of Canada Geese that terrorize and "fowl" much of the land-mass of the USA. It's clear my expose' of the time accomplished nothing as they've continued since, unabated, in this unfriendly behavior. Why just the other day I stepped in a pile...

And then, claiming they're not hardy enough for the cold and snow of Canadian winters... which I might add, they grew up with and, presumably, are acclimated to.... they swarm into the southern USA every November to "escape"... to find some warmth. What ever happened to the spirit of Sergeant Preston of the Yukon... the rough and tumble frontier toughness that we "softies" to the South always thought was in the blood of every true Canadian?  Poor babies. Let's all get together and buy them some shawls for their little cold legs and some propane for their heaters. They invade the USA, plug up the highways, pack the WalMart parking lots... BLM land in the desert...any place they can camp for free... (you see, not only are they cold... they're cheap too... wouldn't friends spend some money and help out our feeble economy?)... and grumble until April when they can happily return to the mother country.

And the latest... Just this week they've sent a huge bubble of frigid arctic air crashing into the southwestern USA. Now I don't know if our Canadian snowbird friends had any advance warning of this attack, but in looking around our camp, as we near our "high" temperature of the day of just 54f, I strangely see no Canadian license plates... not one. Hmmm. Could this just be another coincidence?

Shivering under my shawl in the middle of Arizona...

(Note to our Canadian friends and anyone who doesn't get it... This is an attempt, albeit a feeble one, at humor and to poke fun at some stereotypes we hear about during our travels, while trying to say it's suddenly turned cold here in the southwest. Please remain calm. We really do love you, eh?)
By Thom Hoch at 12/01/2011 11:47:00 AM
Newer Post Older Post Home