Dec 14 - Across the Continental Divide 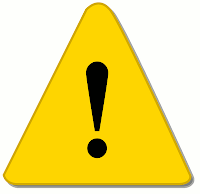 Tonight, we're doing a quick overnight at the SKP Dream Catchers RV Park in Deming, NM. Today's drive from Tucson was enjoyable, even though it was all Interstate Highway... amazing what a little sun and blue sky can do for the traveling spirits. Transiting southern New Mexico, there are few alternatives to I-10... at least that we're willing to encounter with the big old bus-house.

The storms that held us back the last two days also dumped an inch or two of rain on southwestern New Mexico. And while you might think the desert would soak up the rain like a dry sponge... it doesn't. Between mountain ranges, we drove through broad flat areas that were plastered with warning signs about blowing dust and sand, zero visibility, and such. These dust storms must be a common occurrence around here based on the number and quality of the signs involved. But blowing sand wasn't a problem today as everything was soaked from the recent rains. Ditches and desert floor on either side of the road were full of standing water.. and the RV park tonight is very wet as well. Nearby mountains received up to two feet of snow from the storm too. New Mexico has been in drought though, like much of Texas, and most people welcome the rain... are still hoping for more.

The most notable event of the day was crossing the Continental Divide again... out there between Lordsburg and Deming. Unlike most of the mountainous West, where the Continental Divide follows distinct ridge lines and high mountain ranges, out here in southern New Mexico it's just a simple rise in an otherwise flat plain... if the sign wasn't there you'd never suspect it.

Oh, and one more thing: fuel prices. Gas is now under the $3.00 mark in both Arizona and New Mexico. I filled up the toad the other day in Tucson for $2.95. Unfortunately, diesel prices are almost a full dollar higher... that's right... almost a full dollar... the largest differential I can remember. We filled the bus-house today and felt lucky to find a station selling it for 3.87. I wonder how the differential is being justified. Based on the grimaces and frowns on the faces of so many drivers of big diesel pickup trucks these days... I guess I'm not the only one wondering what's going on.
By Thom Hoch at 12/14/2011 06:59:00 PM