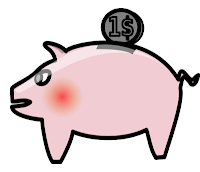 I had a conversation recently with someone involved with the financing side of things in the RV world. When he heard that we were fulltimers he put his hands over his ears and said "No... don't say that word... don't tell me you're fulltiming!" What?

Apparently a number of large banks that still do loans on RVs made a decision about a year ago that they will no longer, under any circumstance, write loans to anyone who does not have a permanent physical address including a dwelling unit in which they reside (they apparently have even gone so far as to exclude the addresses of mail forwarding services, etc... they've also been known to visit the address and check it out). This person I talked with, who's acting as a representative of the banking institution, is bound by agreement to stop any loan transaction to anyone who, even inadvertently, mentions to him that they plan to fulltime in their new RV. They're that serious about it.

This is my understanding of the issue. RVs are regularly and easily repossessed when their owners fall behind or stop making payments altogether. In the past, by far most of the people who get into this kind of situation don't live in the RV in question... they have a house or apartment which is their primary residence  With the sour economy there are increasing numbers of people who live in RVs... not because they want to, but because that's their only option after they loose their house, their job, or all of the above. In that case, the act of repossession is much more complicated and expensive for the lending institution... because they're repossessing the owners only and primary residence. Banks don't want to get involved in that can of worms, and have decided to just stop writing loans to fulltimers, or anyone who intends to fulltime.

I'm not sure of the extent of this policy... and perhaps it's different elsewhere in the country. Of course, being debt-free and owning your rig outright is a way to still keep the "dream" alive. But for some, it looks like yet another obstacle to enjoying a nomadic life on the road.
By Thom Hoch at 12/09/2011 08:03:00 AM
Newer Post Older Post Home