Mojave National Preserve - Getting There 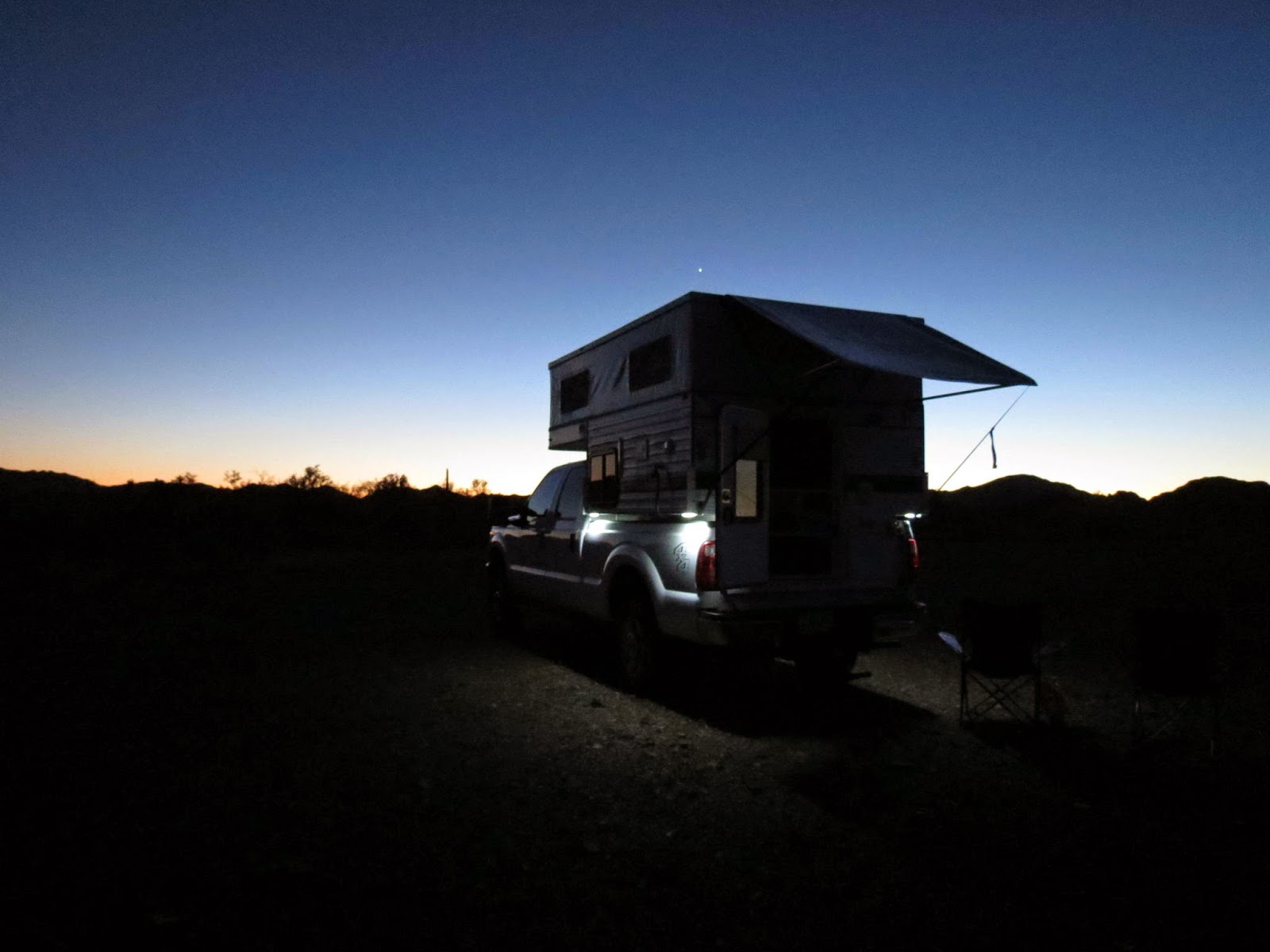 For reference, the Mojave National Preserve is a 1.6 million acre area in Southern California administered by the National Park Service. 1.6 million acres doesn't mean much to most of us, so to put it in different terms, it's roughly a square about 50 miles on a side. It's a sizable piece of geography for sure and it's our objective for the next week or so.

Three sets of mountains are aligned north/south down the middle of the preserve with broad reaches of desert on either side. Elevation ranges from 800 ft. to 7,929 ft atop Clark Mountain. While most of the acreage is considered part of the Mojave Desert, the southeast corner grades toward the Sonoran Desert and the northeast corner includes elements of the Great Basin Desert. So three of the four deserts in the USA come together at this point.

Originally planned to be a full fledged National Park, local resistance caused a change to the "preserve" status. The visible result of this difference in status is that there are private lands within the borders of the preserve and traditional activities like ranching and hunting are allowed.

Thursday, February 5
A pleasant sunny day for our departure from North Ranch, which was later than planned due to our tardiness with preparations. It might be a small camper but preparations are still a time consuming feature of our life. But that was OK as we only planned to make it part of the way today anyway. We're getting  familiar with the AZ-71 to US-60 route west but to mix things up a bit we made a right turn in Hope on AZ-72 toward Bouse. Stopped at the Ocotillo Inn for a burger and a beer.

Decided to drop anchor at our favorite desert camping spot, now called our Bouse Boondock. It was everything it was the first time... quiet, isolated, natural. 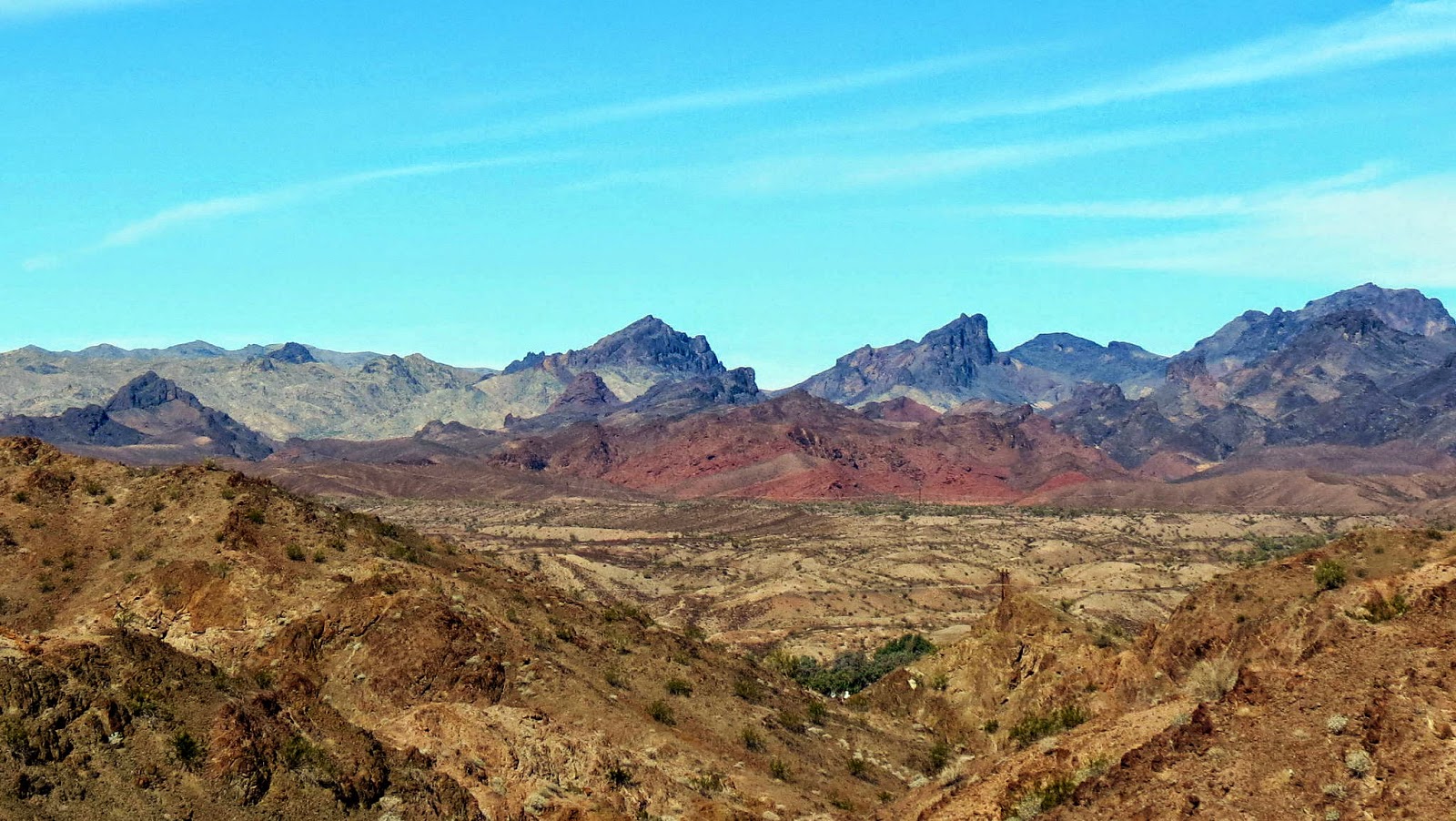 Friday, February 6
After a great nights sleep, the wheels were turning again toward Mojave. Route: Bouse, Parker, Lake Havasu City, Needles, and then the Preserve.

There were some desert races of some kind going on this weekend around Parker which caused a rare conjunction of desert dirt people with river people. It was busier and crazier than normal. And the whole strip along the Colorado River from Parker to north of Lake Havasu City was much more congested than I prefer. I'm glad we came this way if for no other reason than to remind me why I'm not a fan of the area. 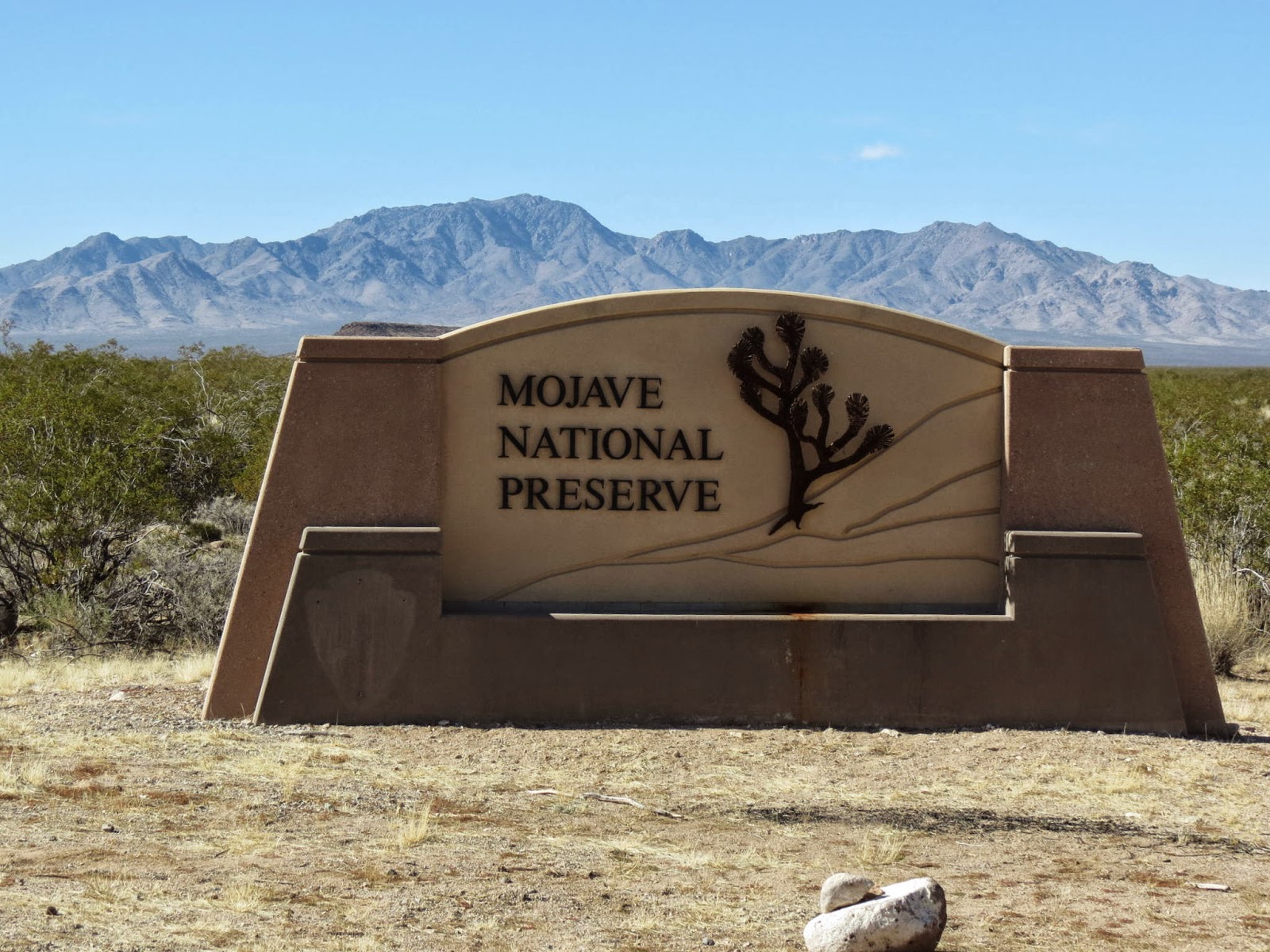 Exited I-40 at Essex Road and drove the lonely neglected asphalt road north into the Preserve... met no other vehicle along the way. Black Canyon Road jogs to the right after 10 miles and took us to the Hole-In-the-Wall area (hereafter referred to as HITW). One of only two developed (but still rustic) campgrounds is here. After a quick orientation stop at the volunteer staffed Info Center, we found a spot in the campground and made camp for two nights.

Photos:  click to enlarge any photo in this journal.  Also, if you're interested, we do have more pics from our explorations in our photo collection here. 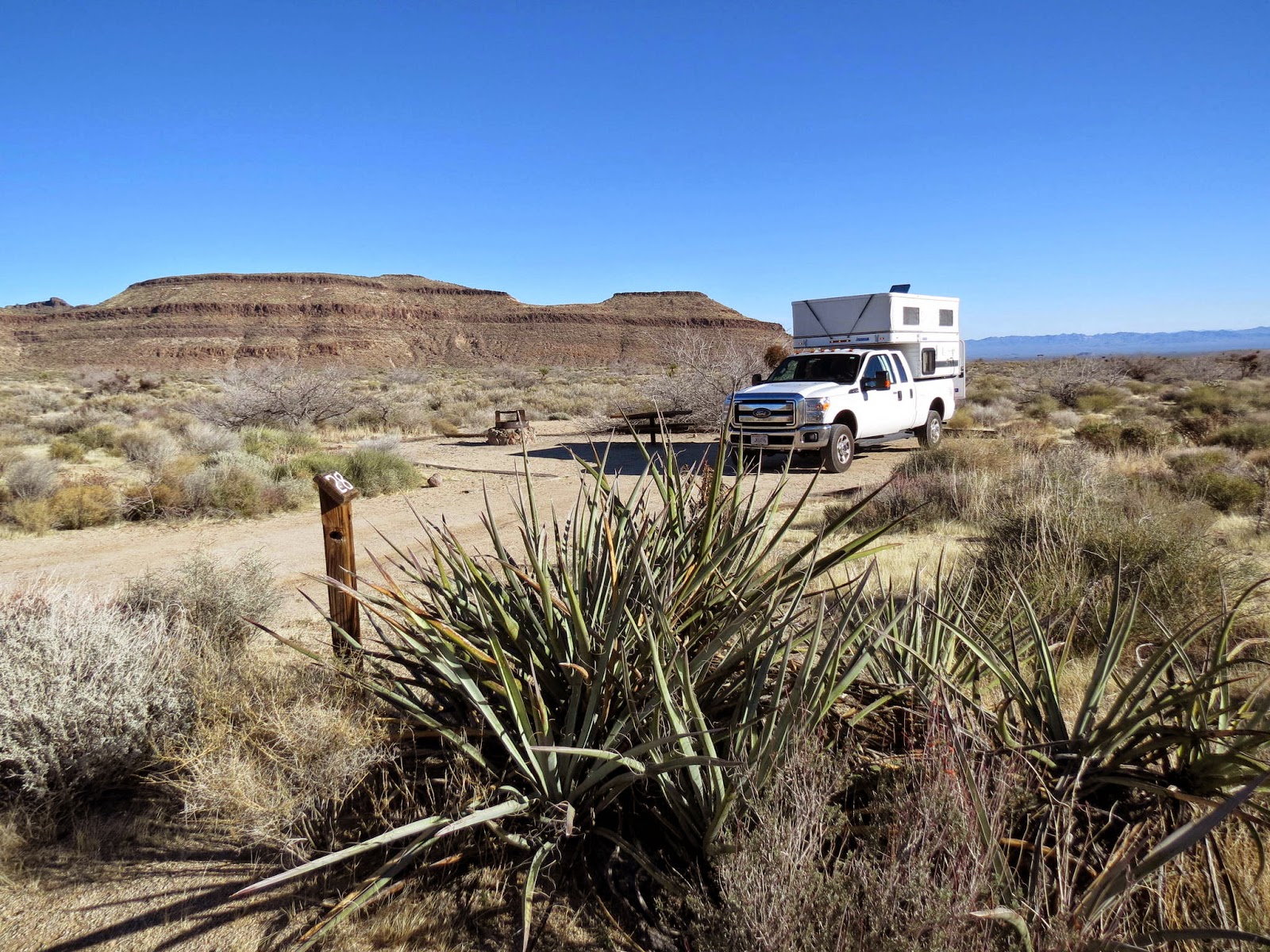