First off, the title of this post has nothing to do with anything I'm going to write about today. It's only an experiment. For some reason yesterday's post (referencing food in the title -- "donuts and beans") caused the website "hit" counter to go crazy. So today, I'm experimenting to see if, maybe, the reference to food in the title was responsible. OK, enough about that. 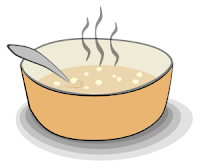 Oh, actually I do have one thing about food to clear up. In yesterday's post I referenced "15 bean soup". After reading the directions a little more carefully, I realized I may have mis-lead some readers. "15 bean" soup means you use 15 different kinds of beans (I had no idea there were that many!)... not 15 beans (count 'em, 1, 2, etc.). So last night I dumped the whole dang bag of 15 different kinds of beans into a pot of water and let them soak overnight. This morning, I drained, added fresh water, added a pound of diced ham, and let that mixture simmer for a couple hours. That's where I am now. Later I'll add a bunch of diced onion, a can of spiced-up diced tomatoes, other spices to taste, and whatever else I can find in the fridge that hasn't turned green and fuzzy yet. I'll let that steep for another hour or two... and, waah-laahh... 15 bean soup. What fun.

It's looking like the decision to delay here at Cattail Cove for a couple more days will work out the way we hoped. The winds are predicted to subside later today, and will be only light and variable tomorrow... and for the rest of the week. We're looking forward to boondocking at Quartzsite.