Prison, a River, and Sand 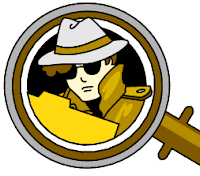 When we last left our intrepid explorers they had just returned from a day of international mystery and intrigue in Mexico. Taking a day to recuperate with afternoon siestas in the warm sun, long soaks in the park's hot-tub, and a regimen of adult beverages (necessary electrolyte replacement therapy), they were again ready to go on Friday... to survey the Yuma Crossing National Heritage Area.

Yuma is where it is because of the natural lay of the land and the natural river crossing created by a granite ridge that constricts the Colorado River... the only easy crossing point for a thousand miles. The crossing made the area popular with Native Americans for many years and early Spanish explorers were exploring through here in the 1500's -- long before the Pilgrims landed at Plymouth Rock. As the U.S. grew and settlers moved west, the river crossing was a focus of interest for California-bound prospectors and immigrants, the Army, and those developing coast-to-coast railroads and highways across the continent. It was, and is, an important and strategic spot.

The National Heritage Area referred to above is a series of historic sites, including the Yuma Territorial Prison and the Yuma Quartermaster Depot State Parks, Old Downtown Yuma, and, over on the California side of the crossing, Fort Yuma. We visited and toured the remains of the Prison, walked through Old Yuma, stopped at the Quartermaster Depot,which was closed while the community was decorating it for Christmas and getting ready for a parade (can't take any more Christmas parades this year!), and generally absorbed the history of the place. History is a prime driver of our explorations and this was an important one to experience.

With a little more time left in the day, we drove about 20 miles west to check out a few more BLM boondocking areas in Southeast California and to see the Algodones Sand Dunes, the largest mass of sand dunes in California. Stretching more than 40 miles long and about 5 miles wide, these massive dunes are just awesome. The border with Mexico also runs through the dunes and the Border Patrol is high-profile. We found a small section of preserved wooden roadway, a board road, that was provided for auto travelers needing to traverse the dunes back in the 1920's. As it became clogged with sand they'd pull it out and set it back on top with a team of horses. The biggest challenge at that stop was dodging all the dune buggies and sand machines zipping around -- common and very popular toys for big and small kids alike in this part of the world.

Saturday is our last day in Yuma this year. We've thoroughly enjoyed our first visit... and certainly can't complain about the balmy weather (this week: typical low of 50f or so, high of 75f, gentle breezes, clear sky). This is a town of about 90,000 year-round residents, with another 90,000 or 100,000 northerners (like us) who, for some reason, would rather spend winter here than in North Dakota or some such place. I can't find many statistics on how many RV parks are in the Yuma area... but you gotta think that with 2 people per RV, there's going to be about 40,000 or 50,000 spots to park... wouldn't you think? That's a lot of RV's!

Still, for me (and Dar's nodding in agreement too), give me a nice boondocking site out in the desert... or a National Forest campground.