We've been back at the bus-house for two days now and we're slowly getting caught up with writing and the more than 500 photos taken during our trip to the two NPs (Kings Canyon and Sequoia) earlier this week. Dar has uploaded some photos of our trip into albums at our online photo collection and will have more up in the next day or so. I'm nearly up to date with journal posts but have one or two yet to complete. And in some cases, a post that was originally done without photos may have had a few photos added... so look back if you have the time.

Originally we had planned to leave SKP Park of the Sierras today, Friday. But we made the decision to delay that by a couple days for weather reasons. There's a storm system off the California coast that's bringing precipitation into this area and we'd really rather drag the toad around in dry weather to minimize the time I spend cleaning vehicles. Besides, what's the rush?  Where do we have to be so urgently?

Besides all that, we have no clear destination in mind at this point. Certainly South would be a good idea but I also want to stay as far away as possible from the LA Metroplex hell-hole. Enough said about that lest I start hyperventilating. I'm thinking it may be time to visit the desert again, maybe somewhere around Yuma or Quartzsite.

The only time-critical destination we do have is to be back in Rockport, TX by just after the first of the year. Dar's going to do some RN-ing again at a nearby hospital and I have a number of delayed bus-house maintenance chores to get started on... not to mention getting started on the Great American Novel.

Between raindrops this afternoon, we took a good vigorous walk around the RV Park... and here, with all the hills... vigorous is what you get whether you want it or not. I also made a big pot of bean soup, which Dar thought needed a dash more salt. 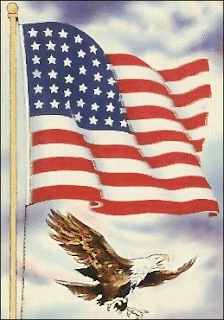 And finally, on this Veterans Day, we'd like to salute both of our Dads and a few other family members who served the USA in the armed forces. I hope we, as a nation, can find a way to keep this experiment in democracy alive... to find a way to work together, compromise, and keep the needs and dreams of every citizen... all of our children and grand-children and future generations in mind as we debate the issues... and give lasting meaning to the sacrifices you made for all of us.
By Thom Hoch at 11/11/2011 06:33:00 PM
Newer Post Older Post Home