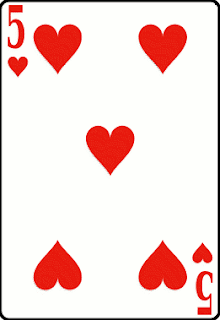 This is the fourth in a series of posts about our lifestyle as we near the 5 year mark, and some thoughts we're having about making changes as we move into the future.

On Size... It Matters
The earlier posts in this series addressed the topics of our travel pattern, family friends roots, and our preferred exploring mode. In this post I'd like to address the topic of our RV... also called "the camper" or the "bus-house" in most of my posts to the RV Sabbatical Journal.

We live fulltime in a "big rig" motorhome. Early in the process of investigating this lifestyle, prior to taking the plunge, most fulltimers we asked said the same thing:  get the largest RV we could afford. They said we'd always covet more space and "big" would always be better in the resale market. And that's what we did... bought a 40 foot long 16 ton diesel motorhome.

For the most part, we've been happy with it. But over these 5 years we've developed a real love/hate thing about space. When we're sitting, for us about half the time, we like having it.... but when we're traveling and exploring, also about half the time, we've come to believe we may have too much. And it's not the space itself that's the problem. It's how space is expressed in a big-rig camper, through it's physical weight and size, that have caused us to ponder the issue.

So often, during days we're driving the bus-house from one spot to another, we see something "over there", or a sign referring to a lake and campground down a little gravel road, or some other natural attraction that we'd love to investigate along the way... but we don't do it. We don't do it because we can see the road isn't appropriate for a big rig, or we just don't know what other obstacles exist that we can't see... things like low branches, tight curves, dips and inflections in the road, no place to turn around. And when pulling a car, like we do, there's no backing unless we unhook first. So we just keep going and may make a note to check it out the next time we're through the area. The inability to go wherever, whenever, limits our spontaneity and the enjoyment of discovery.

During our first 5 years, we've observed all sorts of people in the RV community. Most, like us, live in a big-rig camper, sit in one place for extended periods, and explore with a smaller vehicle. These folks almost always use what we refer to as the "hub and spoke" exploring mode... driving out to see or do the activity of the day and returning to camp each night.

But we've also been intrigued by a few, including some folks we've run across from Europe and Australia, who do it differently... who live and explore in a much smaller rig. They're here to see the country. Their focus is exploration so they rarely sit in one place for more than a few days. They're packed light and efficiently. They don't tow anything. They can go almost anywhere, camp anywhere. And they're exploring as they travel... in a linear fashion. But what they don't have is space. Compromises and trade-offs.

Because we have only one camper and we don't have a home base of any kind, we're hauling around all our stuff all the time. Despite our best intentions, and best efforts, (and because we have a lot of space), we still have too much stuff that we almost never use, need, or even look at... or, at most, use just once in a blue moon. But it's our home, and that's the definition of a home: a place to store all your stuff.

But what if we could separate the two parts of our fulltime life? What if we had a big rig RV we use while sitting for extended periods of time, and another smaller rig for exploring?

One idea we've bounced around is getting a small pickup truck (Toyota Tacoma or equiv.) coupled with a light weight pop-up truck camper that we could pull behind the bus-house. We'd park the bus-house at a campground or RV park for an extended period of time (two weeks? a month?) and use the truck camper for extended multi-day explorations into the surrounding area. It's kind of a hybrid idea... a mixture of hub/spoke and linear exploring modes... some of the best of both worlds... with some of the negatives of both as well.

Another idea is to get an RV lot somewhere in the Northwest (close to our kids) and put a fifth wheel trailer on it. This would be our home base during those periods of time we're sitting... regrouping and resupplying for the next travel and exploring trip. In this case we'd also sell the bus-house and downsize to a much smaller exploration rig.

Still another idea, really a variation of the one above, is to have two RV lots... one in the Northwest near our kids and grandkids, and another in a more southern locale... perhaps Arizona or Texas. In this case we might keep the bus-house and just shuttle it twice each year between the southern and northwest locations. We'd still have a smaller rig for those linear exploring trips we'd do during the rest of the year.

In the past year or two we've gone out of our way to talk to folks exploring with small RVs, many who had a big rig in the past and decided to downsize... to a small Class C, even a Class B or a truck camper. And the common thing we're hearing from them is that they're happy they made the change... wished they had done it earlier... are thrilled with their ability to go anywhere... the ease of driving a smaller rig... and wouldn't think of going big again. In general, they're having a blast with the new phase of their nomadic lives. Of course, they're not living fulltime in the small rig... they universally have a home base of some kind... but they're out there enjoying the wandering life more than ever.

But wouldn't we go crazy living in a much smaller rig? First, we wouldn't be living in it in the same sense we're now living in the bus-house -- 24x7, 365 days each year. The travel and exploring excursions in the smaller rig would be for shorter periods of time... a few weeks, a month or two? And we believe we can live almost anywhere for a relatively short time. And whatever need for more space would, in theory, be satiated during times sitting at our home base.

The overall objective of making any change like this is to maximize the enjoyment we get from exploring North America, which, remember, is our primary reason for our mobile lifestyle. Even RV fulltimers can get in a rut. And there's certainly more than one way to skin this cat. Depending on individual preferences and interests, and our willingness to change, to try new things, we believe we can inject new energy and excitement into this old Sabbatical project of ours and keep it going for another 5 years.

Size does matter... and in this case, smaller can be better.