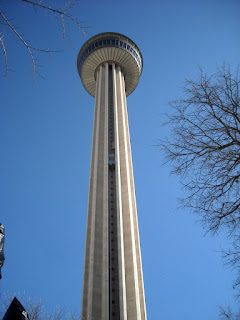 Yesterday, Thursday, we drove into downtown San Antonio with the intention of re-visiting the famous San Antonio River Walk and surrounding area. We had visited here before... back in January of 2008. Despite my knee-jerk distaste for crowds and all-things "big city", we considered it one of the more memorable and enjoyable stops in Texas during that first year on the road. And now that almost 4 years have passed since that visit, and since we were camped so close (only 45 minutes away), and since our exploration muscles had started atrophying during the holidays and badly needed some exercise, and since we had nothing else on the agenda for this quiet Thursday between Christmas and New Years... we hopped in the car and made the run into the big city.

The air was cool, the skies bright and blue, and the traffic tolerable. Parking was easy to find but expensive... $15 for the day... posted as a "special event" price, which we didn't understand at first, but chalked it up to there being a lot of people around during the holiday break. And there were a lot of people milling about.

You'd think that professional explorers, especially ones who don't particularly like crowds and congestion, and ones that had a range of days this week to choose from for this excursion... you'd think they'd perhaps get online, check the calendar of events for downtown San Antonio, and pick the least congested day. But you'd be wrong... at least in this case... at least with this pair of intrepid explorers. Turns out we had stumbled into town on the very day of the Alamo Bowl (this year pitting Baylor against University of Washington) which was going to be played at the Alamo Dome right here, downtown, just a couple blocks away. Moving waves of green (Baylor) and purple (UWash) as the afternoon pre-game crowds flowed and surged down the banks of the San Antonio River Walk should have been a clue, but it took this pair of sports non-fanatics a little while to catch on.

Adjacent to the River Walk are the grounds of HemisFair, San Antonio's Worlds Fair back in 1968. Now called HemisFair Park, it also contains the Tower of the Americas, a 750' observation/restaurant tower built for the fair. After forfeiting a thin $10 bill each we were soon on the 72 second elevator ride to the top. Dar fought the urge to velcro herself to an interior wall and eventually, cautiously, inched her way to the windows on the observation deck to take in the 360 degree view of San Antonio. Never passing up an opportunity to overpay for liquid nourishment in touristy locations, we stopped in the lounge attached to the Chart House restaurant "up top", where we were relieved of two more thin $10 bills for as many beers, including tip.

Once back at ground level, a leisurely walk through HemisFair Park led us to La Villita Historic District, the original downtown of San Antonio. Well preserved and still in use today, it's the home of an active art community and various shops and galleries. The buildings date back to the early to mid 1800s, but the whole collection of twenty-some buildings and houses were still fresh and in good repair.

From there it's only a few steps to the River Walk, where we spent the rest of our day. The prime motivation for our visit today was to see the millions of Christmas lights, many of which are somehow carefully wrapped around the trunks and limbs of the huge Cypress trees that line the banks. The effort must be immense... wrapping strings of lights around limbs... even smaller limbs near the highest tree tops. It's not obvious to me how it's done as in many locations the use of "cherry-picker" bucket truck isn't possible due the river and narrow walkways. Do they send guys up into the trees with strings of lights in their teeth? Maybe I'll find out how it's done someday.

And yes, we did part with even more of our kid's inheritance when we had dinner along the River Walk while waiting for night to descend and all the lights to brighten. After dinner we booked passage on a tour boat, a half hour loop tour of the entire River Walk, and enjoyed the lights from that perspective as well.

An enjoyable day.  More photos in our online photo album. 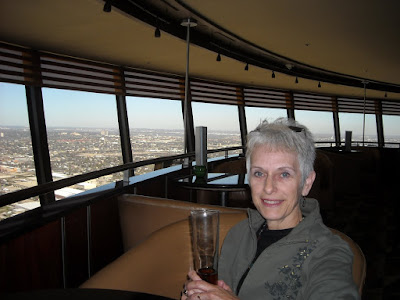 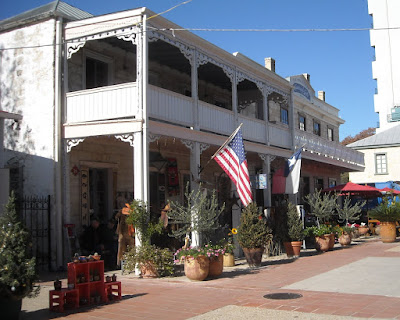 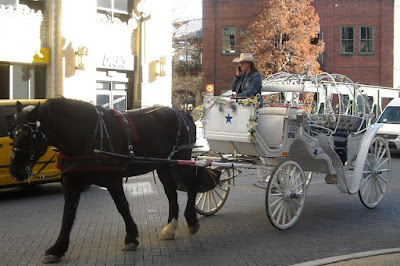 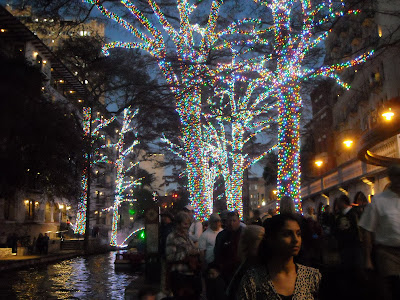