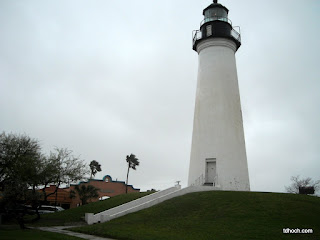 With a bad case of "camper fever" caused by sitting in one place for two months, we needed to get away... to get in the car and drive, just drive... somewhere, anywhere. And that's exactly what we decided to do.

During the past few weeks we've been keeping an eye on Dar's work schedule for a window of opportunity, a few days "off" in a row, a get-away moment during the long Texas Winter.  And after she finished her shift on Wednesday night we had four glorious days to run away, to escape, to explore someplace we've not been before. Yahoo! So where do we go?

East isn't possible without a boat. North, hmmm, north... we've explored up that way before... San Antonio, Austin, the Hill Country... and who'd want to go anywhere near Houston? So North is out too. How about West? Hmmm... thousands, no, maybe hundreds of thousands of square miles of ranches, grazing land, wind and dust, and a few new oil fields. Doesn't trip my trigger... how about yours? So the only compass point left is South. And it just so happens that that's a direction we've not explored before

During our fulltiming "career", we've heard folks talk about "The Valley". What they're referring to is the Rio Grande Valley and that area way down South... way down there in the crotch produced by the State of Texas, the Country of Mexico, and the Gulf of Mexico. It's as far south as you can go in the middle-lands of the USA and still be in the USA. It also happens to be one of only three areas in the continental USA where a shunfreezer from up north has a chance at a modicum of warmth during the northern hemisphere Winter (the other two being the southern tip of Florida and the extreme Southwest of the USA... Yuma, San Diego, et. al.).

Here's a quick overview of The Valley: First, it's really not a valley... more a delta or flood plain... very flat. It consists of four Texas counties with a population of more than a million people, of which between 85% and 90% are Hispanic. The economy is primarily agricultural, with tourism a distant second. In the winter, somewhere between 150,000 and 200,000 Winter Texans move into about 500 RV parks and other accommodations for a few months. That'd be about 75,000 RVs, assuming 2 people per RV. Like Rockport and the Coastal Bend about 150 miles to the north, the area is considerably windier than average. But in Rockport, the typical southerly wind tends to blow in from the bays and the Gulf, while down in the valley the wind blows in over tilled agricultural fields, picking up dust and dirt in the process. We've heard many people complain about the dust down there and after having been there I can understand the problem.

Thursday morning we piled into the toad and headed south on US-77. Our timing for this road trip left something to be desired:  the forecast for the 4 days was wind, rain, cold, and more rain. In addition, we were hitting the first days of the big spring break week and could envision hoards of people and even worse traffic congestion than we were already fearing. And to top it all off, Dar was coming down with a cold or virus of some kind. But intrepid explorers press on.

We found an affordable hotel in Harligen to use as our base and Friday we drove over to Port Isabel and South Padre Island. A cold front that came through overnight kept the high temps in the lower 50s and clouds, wind, and intermittent showers kept whatever spring break crowds that might have existed well hidden. Our impression of South Padre Island was mixed. The developed south end, with it's high-rise condos, hotels, beach and t-shirt shops, and trendy restaurants might appeal to some tourist and vacationers but it didn't to us. Here, like other places along the gulf, the beaches are well hidden by buildings and public beach access is hard to find. But a few miles north, where development peters out and the natural dunes and character of the barrier island are hanging on by a thread of seaweed, we found the place we could like. It's possible to drive onto the beach and access as much as 25 miles of relatively unspoiled shoreline. Could even camp overnight here if you've got the right gear.

We visited the South Padre Island Birding and Nature Center but weather kept the outdoor activity to a minimum. Besides, any birds out today would be hunkered down and trying to keep from being blown away. On the recommendation of a local resident, we enjoyed lunch at Blackbeards, an island institution for over 30 years and where we had a surprisingly excellent meal. And just up the road was the Padre Island Brewing Company where we huddled inside while sampling the ale offerings of this, the only brewpub we could find down here. If you can't soak up some sun and spring-break "sights" during a visit to South Padre Island... I don't know where I'd rather spend an afternoon.

Saturday we checked out of the hotel and explored both the rural and developed parts of the area to the west. General impression... too many people... too much congestion and traffic. Not our cup-o'-tea. That's about all I'll say about that.

We tried a different route north, US-281, on our return to Rockport... hoping to see something more than scrub grazing land along the way. Once away from the Rio Grande and the irrigation systems of the valley, the land is mostly non-descript and supports only cattle grazing... if that.

While not overly impressed with the valley, we're glad we visited. Our objective is to see and experience as much of North America as we can and we enjoy it all. It's just good to be out there exploring.

And we're down to less than three weeks before we get the big wheels rolling again. 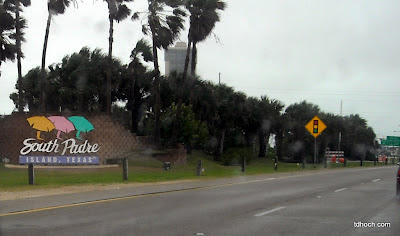 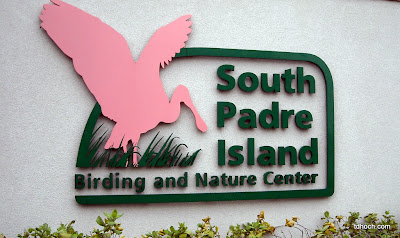 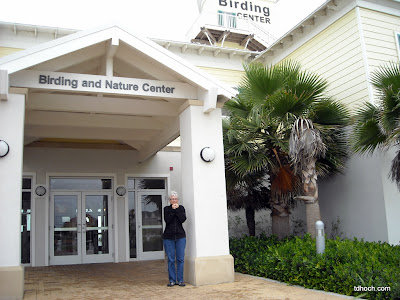