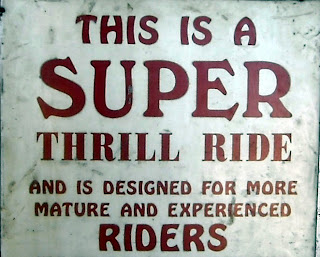 Spring is arriving along the Coastal Bend of Texas. Warm and humid southern breezes are starting to dominate the cooler and dryer "Northers" that blow through here during Winter. The sun is higher in the sky... and increasingly intense. The Winter of '11-'12 is about over.

This past week we bid adieu to more Winter Texans as they're anxious to return home. It seems we humans are often living our lives looking into the future... the excitement and anticipation of what lies ahead, the undiscovered, the unknown, the change of scenery, the adventure... instead of slowing down a little to enjoy the present. I'm no different, what with my urge to get moving and exploring again. Maybe I'll take some time this week to consciously slow down and enjoy the "now". Smell the flowers, Grasshopper. 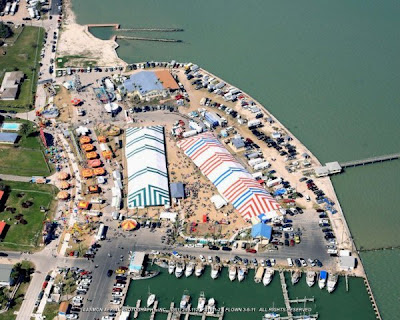 Saturday Dar and I hoofed about a mile down the beach road to the big annual Oysterfest festival in downtown Fulton. An amazingly large and well attended event, it was the 33rd annual fundraiser for the Fulton Volunteer Fire Department. People come from many miles around to attend... we talked with folks that drove all the way from Houston. Two huge tents are erected... one for music, food vendors, and beer, and the other for folks selling arts and crafts. And a carnival fills the streets and parking lots. It's really quite an impressive event for a small town.

Not being one who normally savors large crowds, I must say this one was an enjoyable mix of young and old. A steady flow of live music keeps things lively. And for the sporting enthusiast, an oyster eating contest is something to witness. The contestants sit at a long table on a raised stage. When given the signal, they'll have 5 minutes to down as many raw oysters as they can. But that's only the half of it... the rules also state that they must then keep 'em down for at least another 5 minutes before the winner is determined.  Here's the method used by most of the "pros":  When the start of the contest is signaled, they dump multiple bags (a dozen shucked oysters per baggie) into a large plastic cup... 4 dozen, 5 dozen, or more. Then they raise their cup and swallow, slip and slide, guzzle the oysters down... like so much beer... gulp, gulp, gulp. And repeat it all until the end of the contest is signaled 5 minutes later. The real entertainment for the casual, if not somewhat nauseated, observer is the pained and sickly expressions on the faces to the contestants as they struggle to hold down their "catch" for the next 5 minutes. To be in the upper tier of oyster eating contestants it's necessary to down more than 12 dozen... perhaps as many as 15 or 18 dozen. Believe it or not.

Between oyster eating contest and belt sander racing... folks around here really know how to live it up.

I'm feeling the inner urge to pick up my writing pace a little after the past two months of "vacation". I've collected a bag full of topics to spout off about, so there may be some increase in posting frequency as we near our departure date just four weeks off. 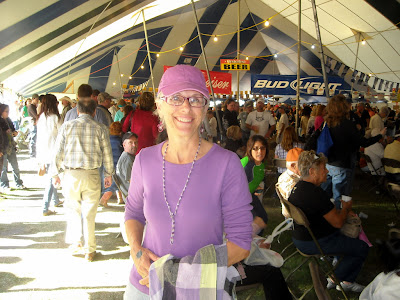 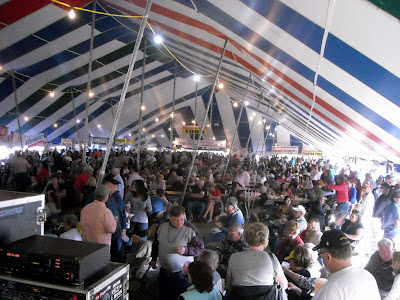