A few days ago I promised to say more about why we've hurried our pace and are making this mad dash back to the Midwest. At our current rate, after factoring in this short breather in Cheyenne and a couple stops we're planning in Nebraska and Iowa, it looks like we'll be back at our Wisconsin home base around the 16th or 17th... about two weeks after leaving the Northwest. The initial plan to take a month for this travel leg clearly went up in smoke.

So what happened? To put it simply and directly... we're anxious to get on with "Sabbatical II - The Great Downsizing". We've talked and deliberated, pondered and imagined, thought about this and thought about that... analysis paralysis, some would say. Enough already! It's time for action. 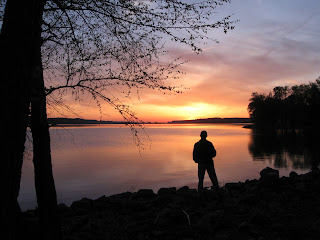 We have already taken a few steps toward that next chapter. Our space at our daughter and SIL's place (dubbed "the flat") is now set up and ready for our occasional occupancy. In Wisconsin one of Dar's first projects is to set up "the apartment" out at the farm house, which will serve as our occasional Wisconsin home base. Between the Midwest and the Northwest, and our involvement with family in each, we spend almost half our time. In another month or two, we'll have non-RV quarters in both locations.

During our long drives the past few days Sabbatical II has been a vigorous topic of conversation. We're not ready yet to say which small camper type we're choosing... only that it'll be really small and will surprise some folks. But let me say this... despite all the free advice out there (and some rather expensive advice :) as well) that purports to help people with making the leap to fulltiming -- there are more ways to be a traveler/explorer than dragging a giant overloaded RV around with you wherever you go. We've had six terrific and enjoyable years with the bus-house and we wouldn't trade those years for anything, even a sure-bet claim to a silver mine in the San Pedro Mountains of central Nevada. Our next chapter will be an evolution, not a revolution. 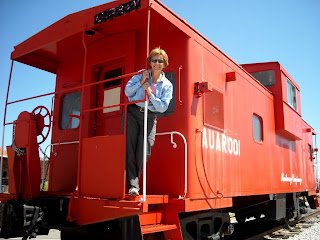 And on top of all that, we have our four parents, all in their 80's or 90's, that we try to help out in many ways during our time in Wisconsin. Whether it's home repairs, mowing or helping with yard work, or offering transportation services, we love assisting the ones that nurtured and raised us during another, way-back long-ago, chapter.