April 26, 2014
Steady progress as we play the waiting game here in Southern Oregon. Truck camper number one (the Northstar) hasn't sold yet but we remain hopeful we can find a good home for it soon. Truck camper number two (the Four Wheel) is in production and we have an appointment to have it mounted mid-May.

There's a lot of "behind the scenes" activity here at Timber Valley SKP as Spring breaks out and warms up the turnover rate in memberships a bit. Having a stable community with little turnover can be a good thing if you're already a member, but if you're high on the waiting list and waiting (and waiting...) it'd be good to see a little quicker pace. Based on what we know it'll be "nip and tuck" to have our membership and lot before heading back to the Midwest in mid to late June.

And the ever-exciting "baby-watch" is also proceeding along a natural course toward an approximately early June delivery. Son and DIL Kaytlyn are ready... to say the least.

People ask us "where's Sutherlin?" Up until this point I've responded with a more complicated than necessary answer... along the lines of "well, sort of between Central Oregon and Southern Oregon... a hundred miles north of the border with California... 60 miles south of Eugene". After a little research I've found that most people refer to areas on the basis of river drainages, and most sources consider both the Rogue and Umpqua rivers to be Southern Oregon. Sutherlin is on the northern edges of the Umpqua river drainage and, thus, firmly in Southern Oregon. That's my new response and I'm sticking with it.

There are large tracks of forest and mountains in this part of the world that have no cellphone service at all. It doesn't matter how big a booster and antenna you may have, the best use of your cellphone or mifi internet device when camping and exploring in these parts is as a paper weight or marginal flashlight. And that fact, for those who like to be connected -- if for no other reason than for safety -- concerned me to some extent. We plan to spend much more time in remote and wilderness areas than ever before... so how can we reach out for help if we find ourselves in trouble?

There are some existing solutions to this problem: satellite internet (those big honkin' blue-light dish deals you used to see on some RV's), a Spot tracker device, ham radio, and satellite telephone. For both practical and price reasons, with the possible exception of the Spot thing, I didn't see any of them being a solution for us. 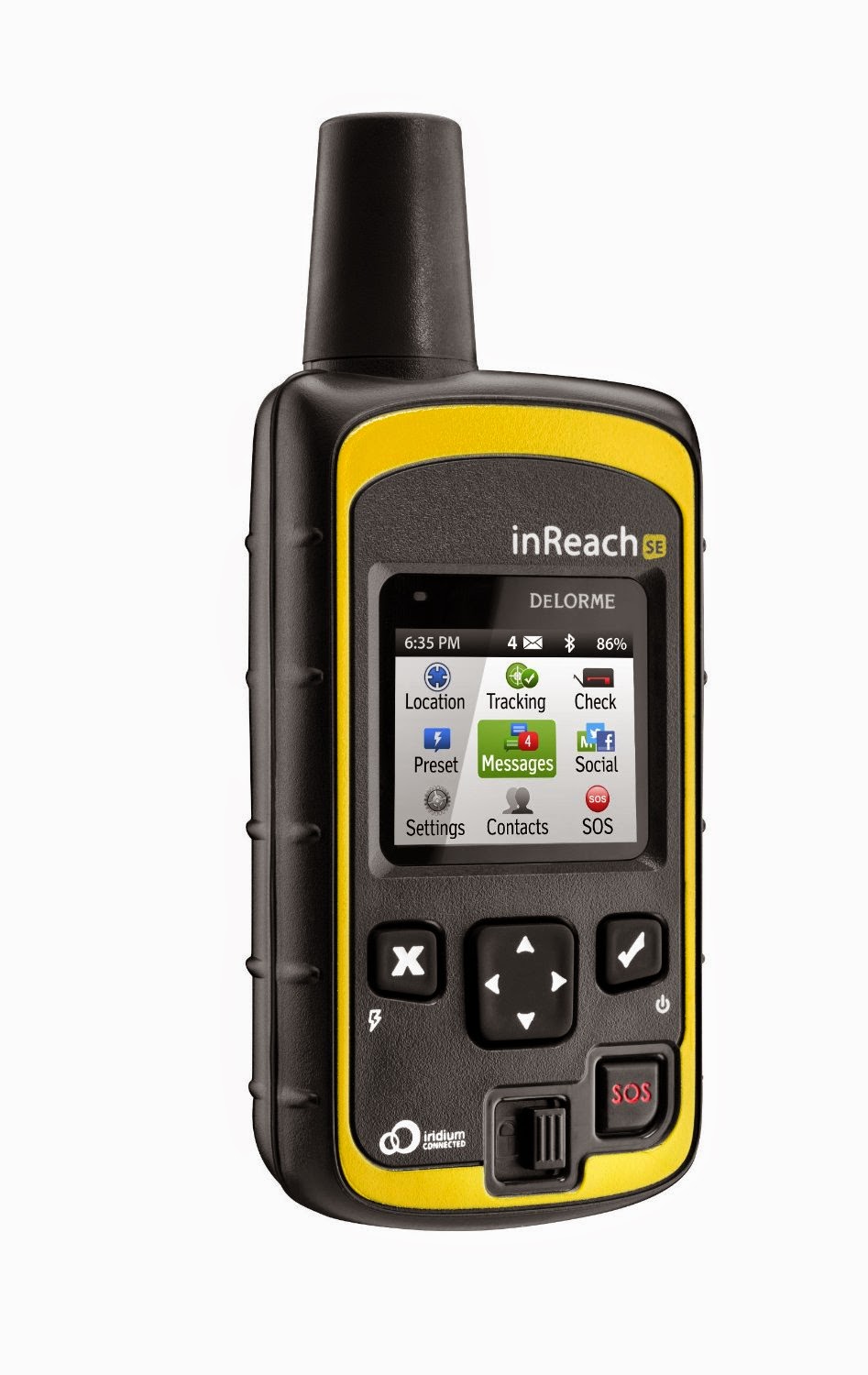 But a few months ago I started reading about satellite messenger services that provided a two-way messaging capability. Similar to the Spot device, which is one-way only, these things let you send and receive short SMS-type messages from anywhere on the planet. That's right... anywhere... because it utilizes satellites flying around overhead in near earth orbit. Like the Spot, most of these devices also provide tracking services (think virtual bread-crumbs on an internet map), and an SOS feature that sends out a call for help from emergency services to your last known position. But again... this thing is two-way capable. I'm interested.

We eventually settled on the Delorme InReach SE which I've been testing for the past few weeks. It uses the Iridium Satellite network, probably the most complete system up there, and has been working flawlessly. By smartphone standards, it's interface and usability are primitive. You're not going to be texting little happy-notes or sweet nothings to your army of "friends" in cyber-land. It's a device for important and critical communication only.

The other thing I like about the Delorme service is the range of plans and their afford-ability. We're on a basic "safety" plan that costs less than $15 bucks a month including taxes. [plan clicker]

In case you're wondering, I have no vested interest or involvement with this company at all. I'm just hopeful the technology will "fill-the-gaps" in the ability of a couple getting-older-timers to reach out if we need to.

As I gain more experience with this satellite messenger, I'll report more in the future.