on June 30, 2014
Forgot to mention yesterday that we had our first sour experience at a micro-brewery/brewpub. The establishment was Red Lodge Ales and Brewing. We sat at the bar... our preference when tasting craft beer. In all fairness, the gent who was working the bar was swamped with customers re-filling their growlers, but I think he could have been more attentive to his bar customers instead of working the line of re-fill customers exclusively. It was unfortunate, but these things happen.

We broke camp and headed east out of Red Lodge on MT-308 to MT-72 to US-310 south toward Lovell WY. We're straddling the border through here and weave back and forth between Montana and Wyoming. Generally, we're headed toward the Bighorn Mountains which we'd like to cross on US-14A.

Of note, we were amazed at the little town of Cowley (WY, I think). The main street through town was wide... very wide... and brand-spanking new. The new sidewalks on both sides of the street were wide... almost as wide as some little towns side streets. Something I hadn't seen before. What gives? A little research reveals that the town (less than 1000 population) was founded by Mormons... and therein lies the probable reason for the wide streets. Ever been to Salt Lake City? Wide streets. It's a Mormon thing, and very foresightful.

Just outside of Lovell we find the Bighorn Canyon National Recreation Area Visitor Center. Always suckers to learn a little something and get the old National Parks passport book stamped, in we go. Sounded interesting and there's camping available up along the canyon, so "left turn" and up into the canyon. It was still early.

Found a good campsite with a view of a reservoir, paid for the night ($15 w/elec and NP pass) then continued north to explore. Wildlife included a herd of wild horses, of which we saw quite a few. Also found a few really nice places to camp further down the canyon (to the north). 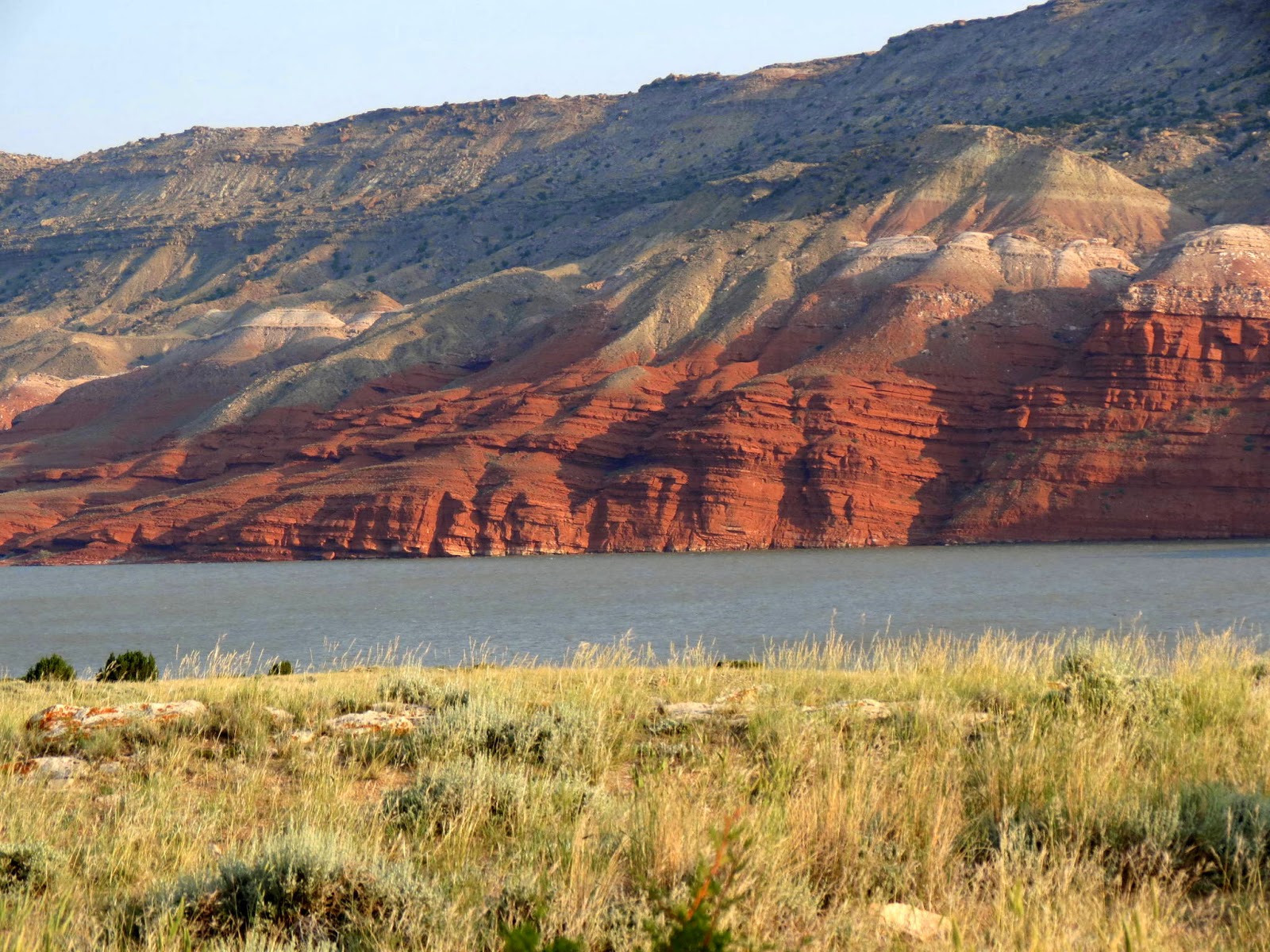 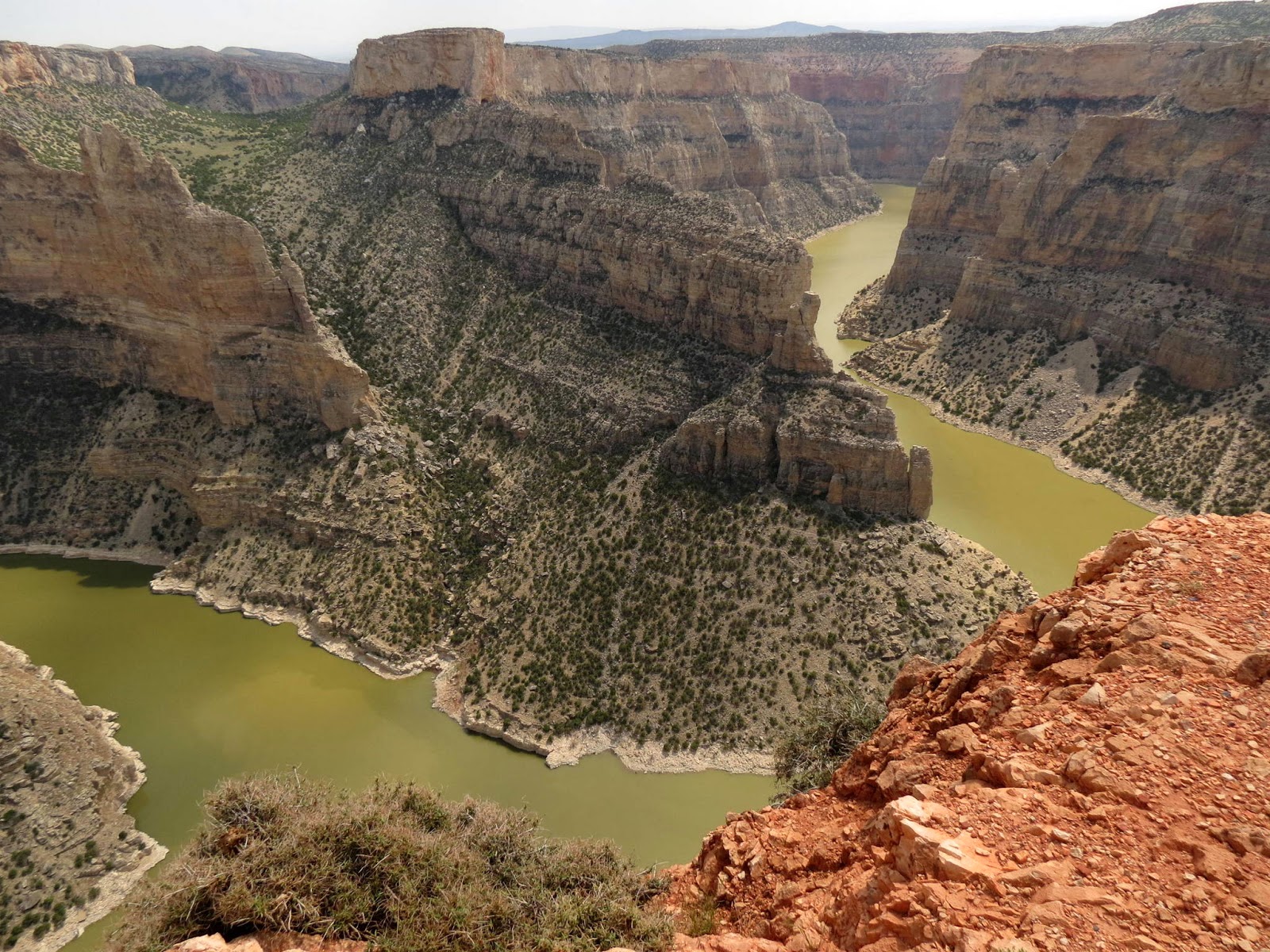