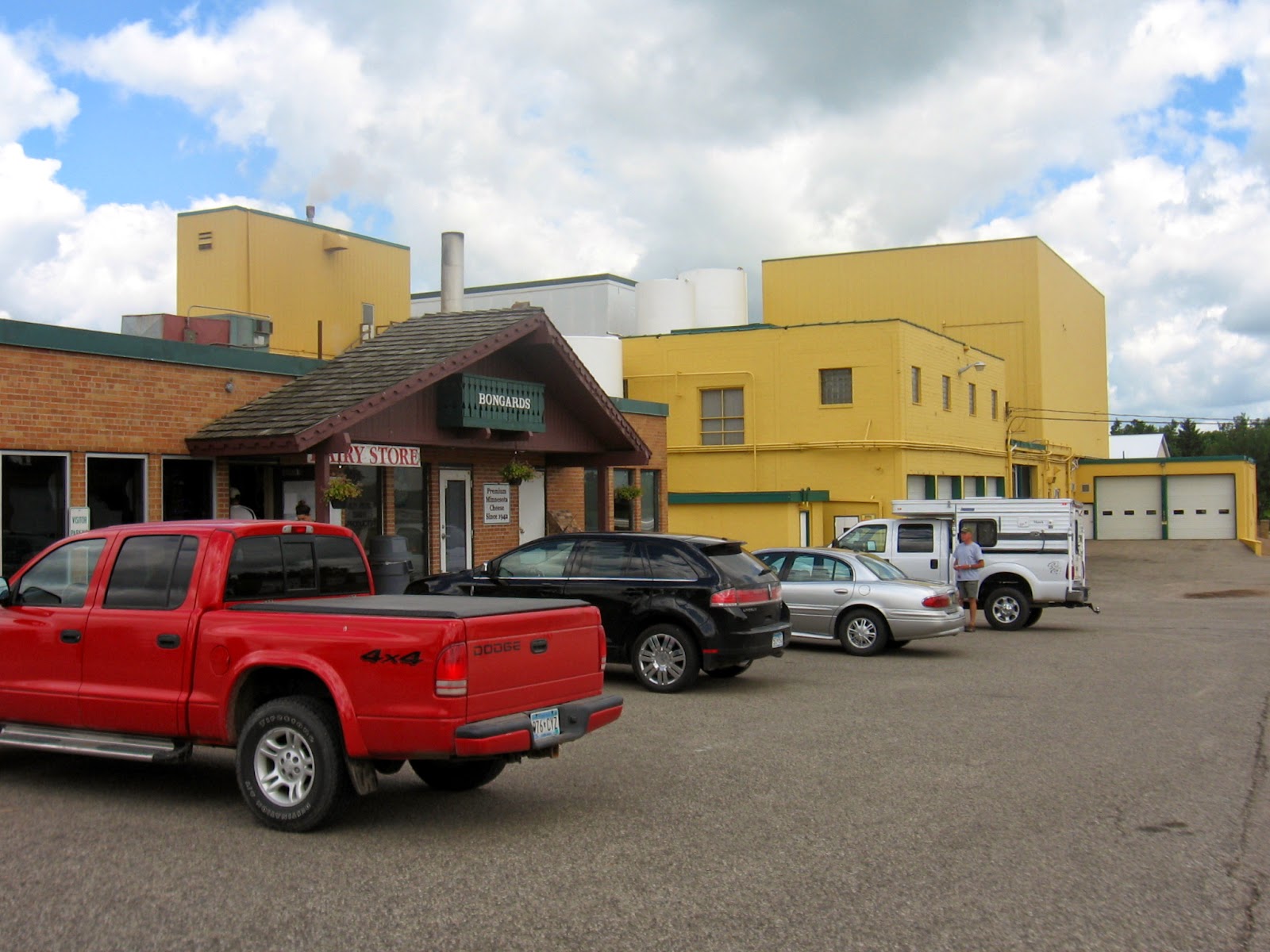 A short drive today from Hutchinson to Burnsville... so we took it slow this morning. Along the way we came across Bongards Creameries and just had to stop. The Midwest used to be loaded with small dairies and cheese factories during the early 20th century. Most were put out of business by larger competitors, but some, like Bongards, grew, improved efficiency and productivity, and were able to keep a critical mass of customers. There's nothin' like fresh cheddar cheese curds direct from the source.

Our route today necessarily takes us across the Minnesota River. We crossed at Chaska where just a few days earlier it was closed due to high water. The extraordinarily wet Spring kept the old Minnesota high well beyond the normal snowmelt runoff. The Mississippi, which receives the Minnesota, is also much higher than normal.

Slow progress today... even for us. But we did make it to our good friends Sue and Jim's house by early afternoon. It was good to see them. The rest of the day was spent getting caught up, enjoying a very "happy hour" in their attached screen porch, and dinner.

The following day, the 9th, Jim and Sue planned an outing to downtowns Minneapolis and St. Paul on the Twin Cities Metro light rail system. We picked it up at the Mall of America and rode to Minneapolis.

We saw the hole in the ground where the new Vikings stadium is going to be built. The news the past few days around here is that they're assembling a huge crane that will be used to lift massive portions of the new facility into place during the construction process.

Here are a few facts and figures about it... the 3rd largest crawler crane in the world: it takes 70 semi-truck loads to move it around, 11 days to put it all together on-site; stands more than 400 feet high; can lift 1250 metric tons; the counter-weight alone weighs over a million pounds. It'll be onsite for 15 months.

From there we rode a new section of the light rail system over to downtown St. Paul and to the "end of the line" at Union Depot.  One of America's great rail stations from the early 20th century, Union Depot has more than 250,000 sq. feet on 33 acres right alongside the Mississippi River in downtown St. Paul. A recent extensive renovation project has revived this historic structure for use as a multi-purpose event space in addition to it's role as a transportation hub. Amtrak has recently moved it's St. Paul stop back to Union Depot. 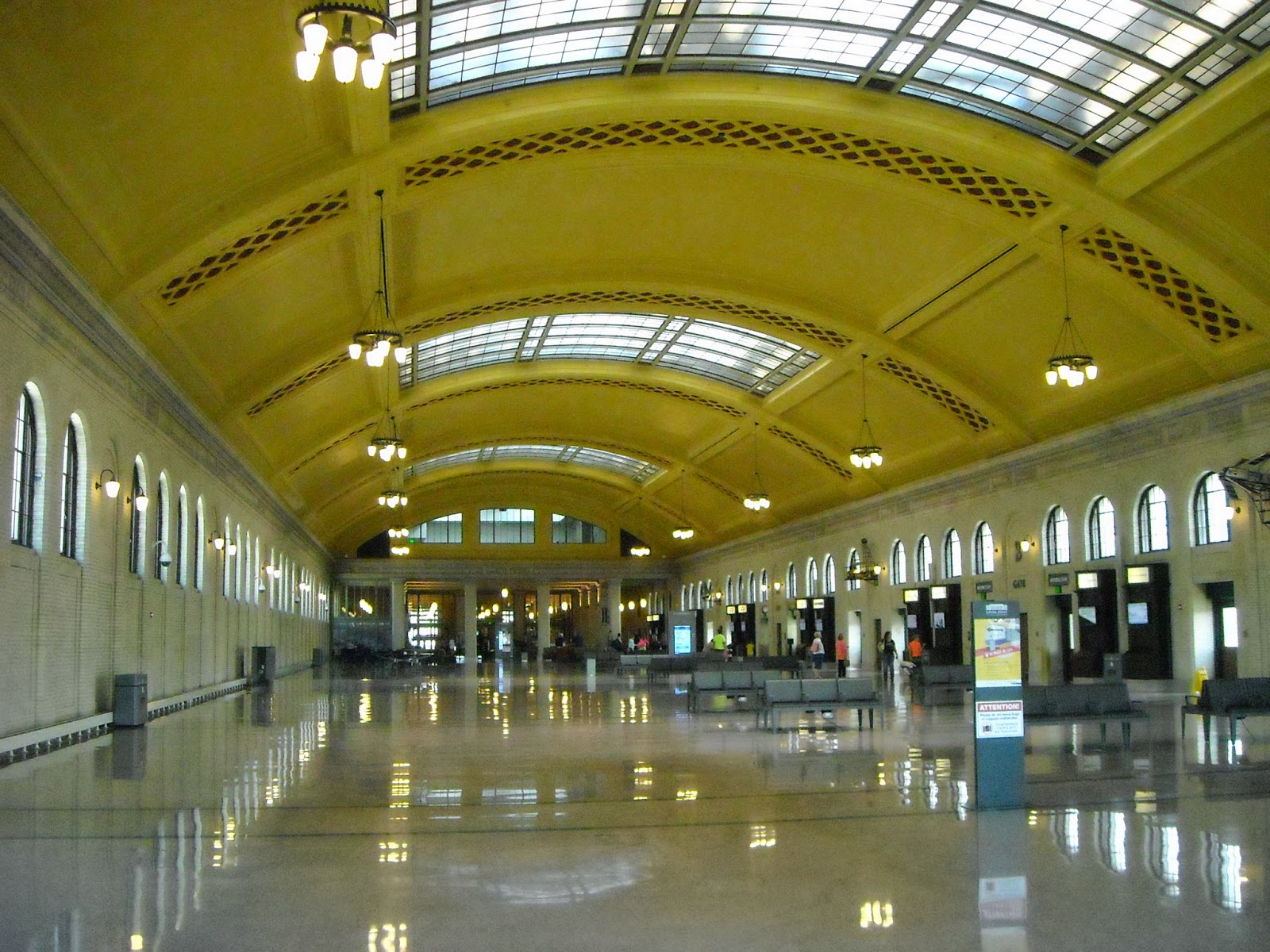 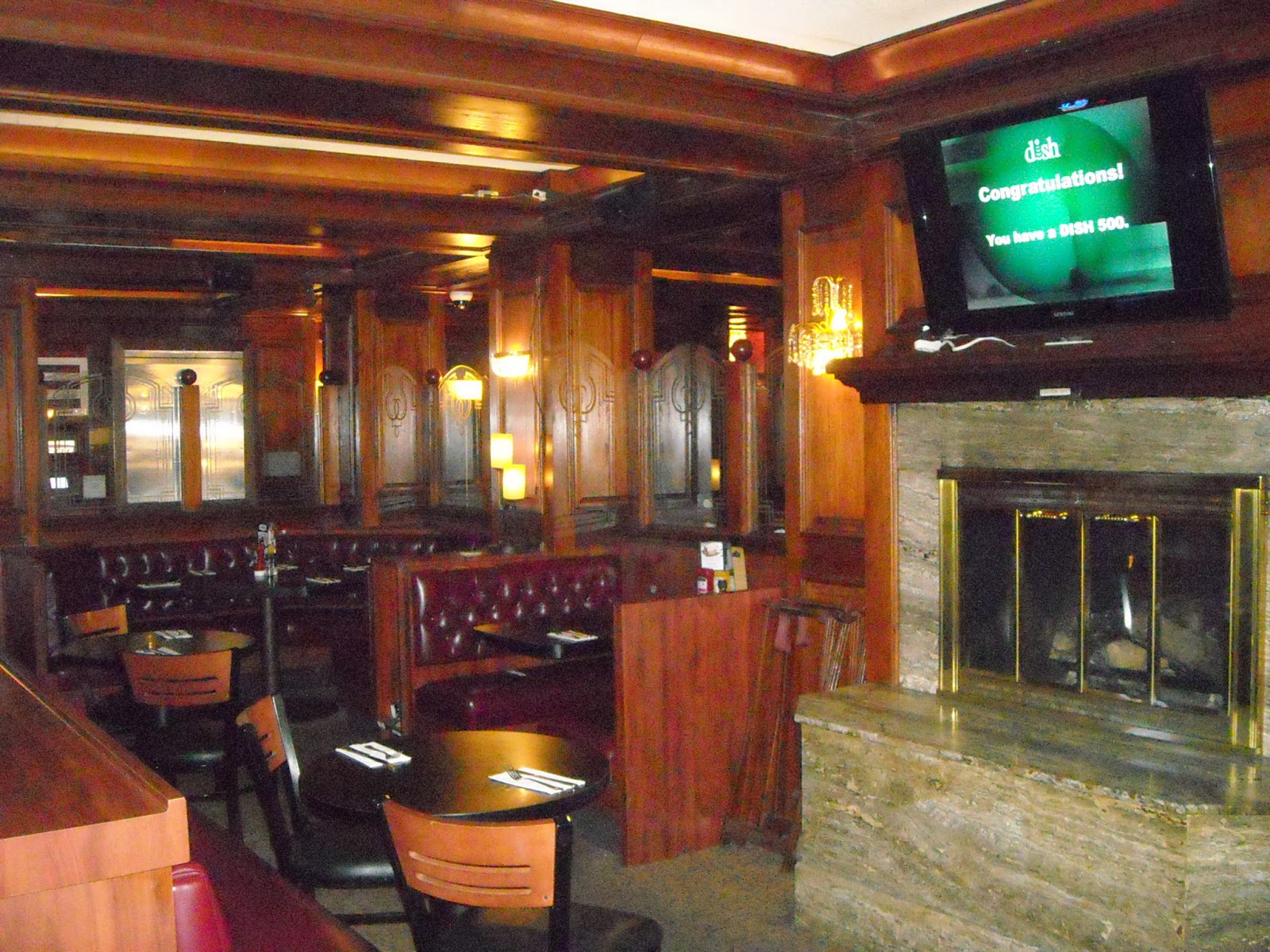 Next on the agenda was lunch. I guess this country boy was overwhelmed by the big city... I didn't record the name of the restaurant. I remember it being a reincarnation of an old steakhouse institution in St. Paul... a "mens club" atmosphere with a big bar and lots of dark wood. You could easily imagine the local big shots having their three martini lunches amid a haze of cigar smoke. But alas, no steaks or martinis today, and no cigar smoke either. We did however enjoy our larger-than-life entrees and the company we were with made for a very agreeable afternoon.

Back in Burnsville we passed the rest of the day on the screenporch and even had a campfire... just like the old days when we lived right next door. There's no point in messing up a formula that works. Thank you so much Jim and Sue.